With Hunt and Contrasting Methods finished, I’ve turned my time to the last piece of flash fiction for January. Unlike Contrasting Methods, when I sat down to pen the first draft for this Historical Fiction, I knew the rough shape of the story. When I first introduced Anna, in Fishing Hole, I wasn’t expecting her role to grow. However, between that story and Faulty Defense, I enjoyed exploring her character and I’m eager to continue exploring their friendship and partnership.

With my initial draft complete, took a brief break to churn through another chapter of my latest project. Unfortunately, that novel is chock full of sentimental value, and I spent far too long listening to the siren call of my story. When I took a break, the end of the month loomed over me. Despite the shrinking time to complete the narrative, I cracked my knuckles and back before sitting down to power through the editing process for Dangerous Shadows.

So, grab a seat and your popcorn as you follow Samuel’s latest hunt for his fugitive.

After dismounting their dragons, Samuel and Anna split up and delve into an expansive forest as they search for their latest fugitive… 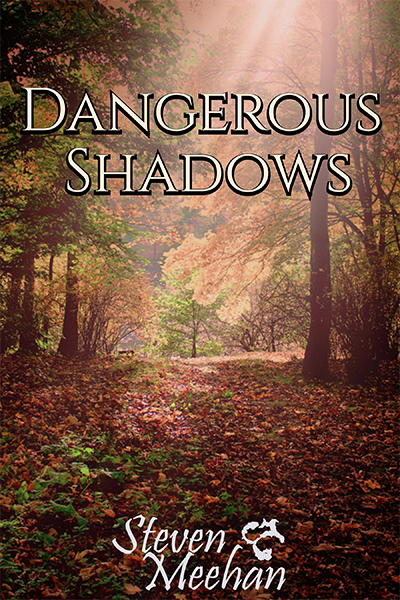 Glancing up through the canopy, Samuel caught sight of his dragon skirting above the trees. With a deep breath, he slipped his rifle behind his back as he stopped alongside a tree. After peering through the thick foliage, he crept through the forest and pulled his pistol from the holster slung around his right thigh. Samuel thrust the barrel toward the nearing glade as he ground his teeth.

When he reached the opening, Samuel pressed his shoulder against a trunk. He peered across the clearing and scrutinized the deepest strip of shadows. He shook his head and followed the tree line until he spotted a glinting bit of sunlight. Samuel leveled his LeMat at the patch of shadow engulfing the reflection as he leaned against a stout tree. As Samuel pulled the weapon’s hammer back, he held his breath and lined up the iron sights on the target.

As he positioned the gun on his mark, a guttural bellow washed across the forest, rattling the dangling leaves, and the reflected light vanished. With a wince, Samuel lowered his pistol and punched the trunk. When the foliage stilled, Samuel thrust his handgun forward and stepped into the clearing.

A lead ball slammed into Samuel’s shoulder, spinning him around and knocking him to the ground.

As pain radiated from the impact, Samuel touched the exit wound and cringed. After a series of curses died off, Samuel flipped over and searched the grass for his weapon. When his fingers brushed the cold metal of his pistol, a sigh rushed past his lips as he grasped the barrel. While Samuel rolled to his butt, he grasped his LeMat’s grip and inched toward the far side of the clearing, with the trembling gun wavering about the looming trees.